Day 1 – Banashankari and Naganatha temples, Mahakuta group of temples, and others

We arrived at Bagalkot by bus at 3am. Rasool picked us up and we reached Hotel Mayura Chalukya. Manager did not intimate the staff regarding our arrival so there was confusion for 10 minutes before we were shown a temporary room. We rested for few hours, ordered breakfast to room, freshened up, and shifted from our temporary room. Meanwhile, we also discussed with Rasool our tentative plan and discussed the cab fare details. The fare Rasool asked for the entire trip, including trip to Almatti dam and dropping us at Gadag, was Rs 8,000. We felt it was reasonable and did not bargain. Rasool suggested that we visit Badami Cave temples after having lunch. However, upon reaching the cave temple we realised that no guide was available that day due to some event. So we visited Banashankari temple, Naganatha temple, and Mahakuta group of temples.

At Banashankari temple, Devi darshan went smoothly as there was no crowd. No photography is allowed inside. Mom bought some prasad and souvenirs. 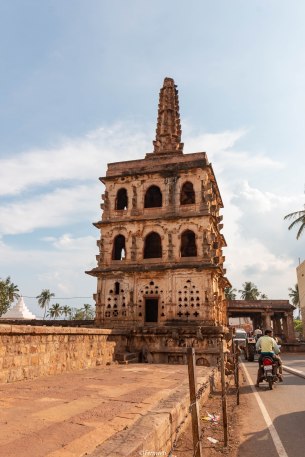 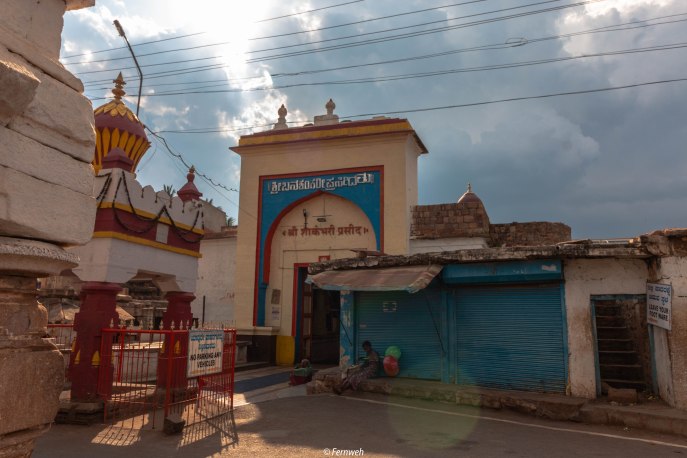 Entrance of the temple

Next, we headed to Naganatha temple. While some efforts are made to protect the temple, maintenance activities are not done regularly. There were lot of bats inside the temple and it was stinking inside. There is only a kutcha road till the temple. Despite all this, the temple is beautiful and is worth a quick visit. 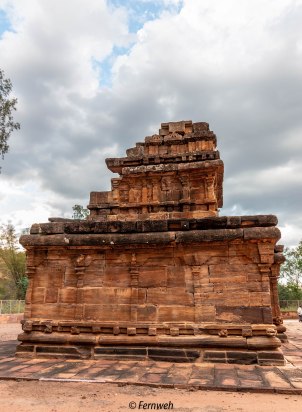 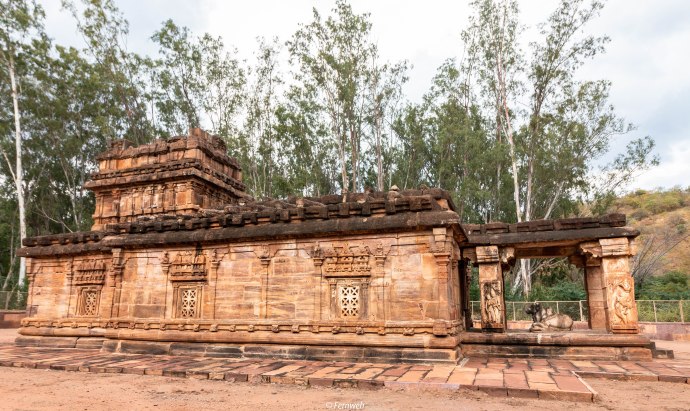 Next, we visited Mahakuta group of temples. This, somehow is one of my two favourite places of the entire trip. There are a lot of huge banyan trees, several small temples built during  6th – 7th century CE, and tiny pond. Prayers are performed only in some of these temples. Some idols are placed randomly in the premises. For some reason, I really liked the vibe here. Barso re song from the Guru movie plays in my head whenever I think of this place 🙂 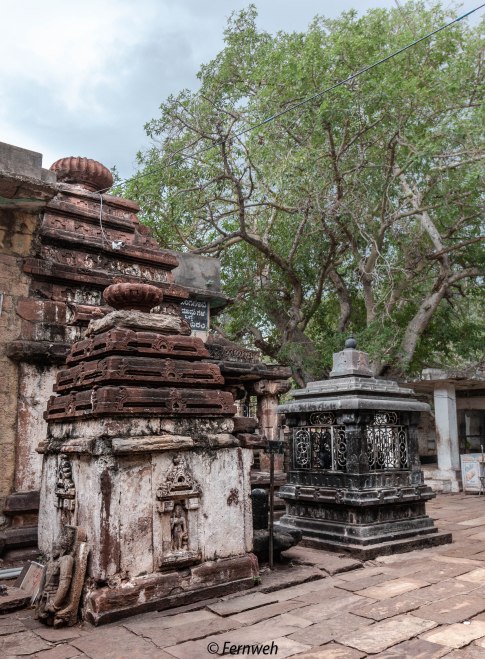 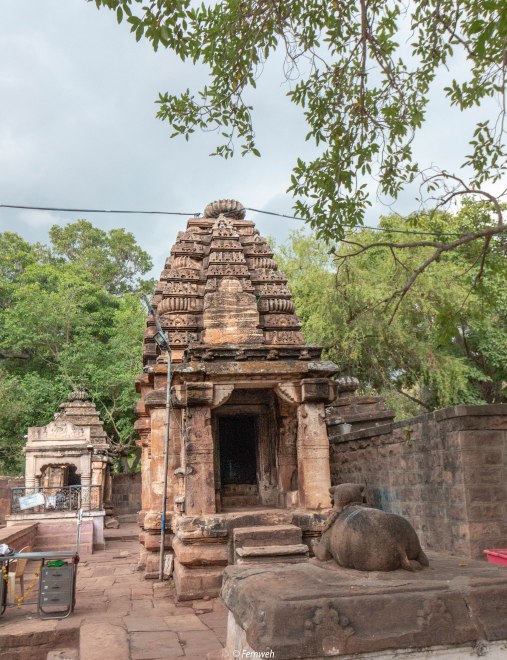 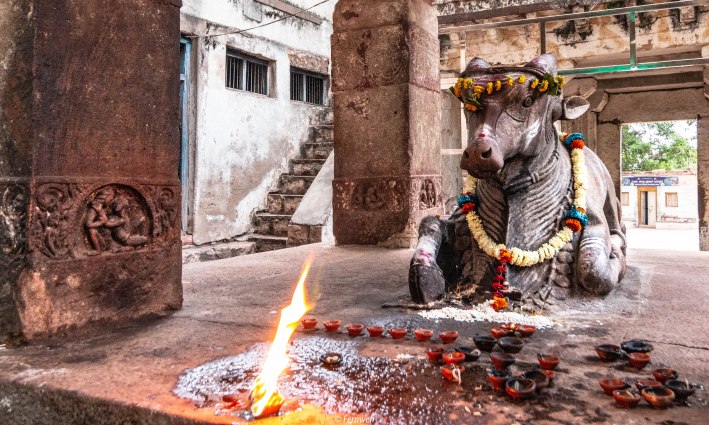 Nandi at the entrance 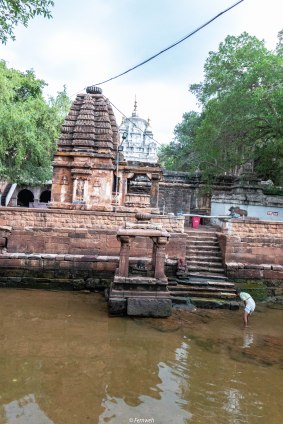 Tiny pond amidst the group of temples 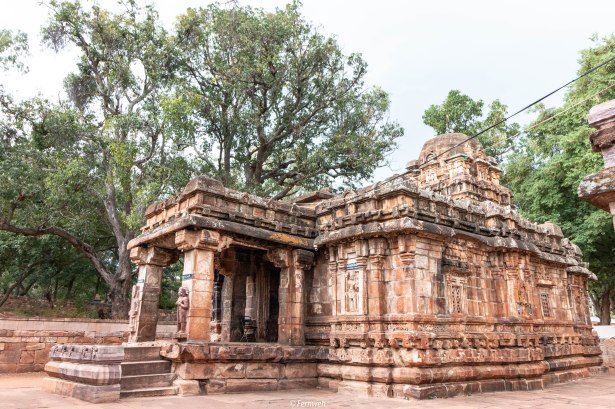 One of the several temples 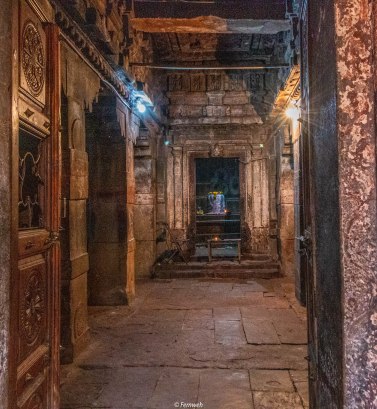 Inside one of the temples

We then, visited Shivayoga Mandira. There is one swamiji’s shrine. While walking around, one visual captured my attention; it was very different from the surroundings. While the shrine looked so Badami, this one frame however, looked more of Pondicherry. 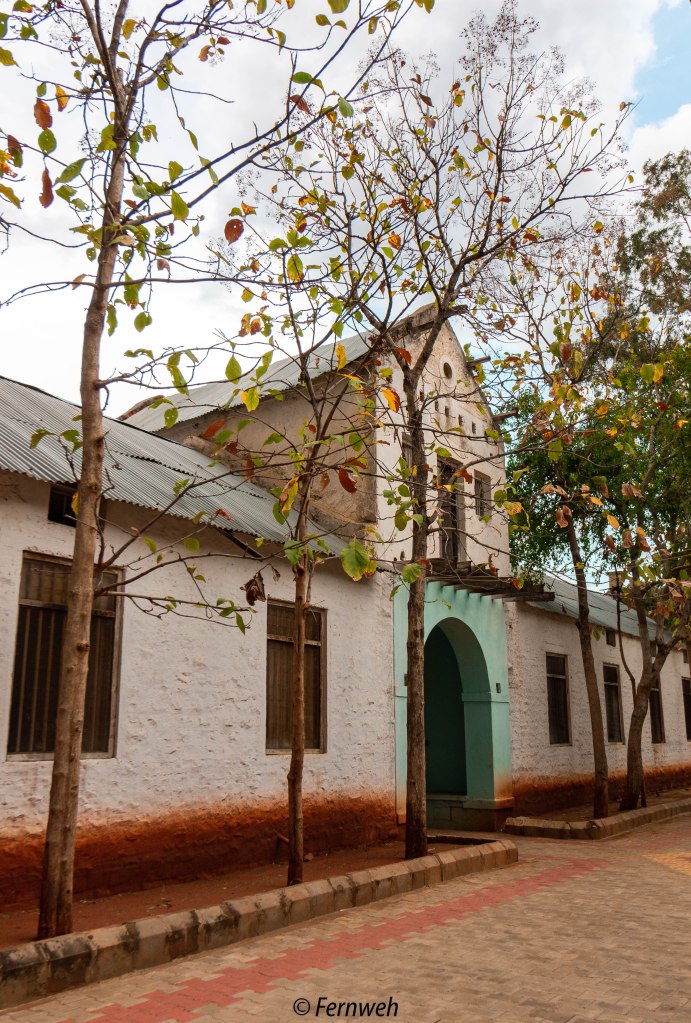 While at Mahakuta, Rasool enquired about Badami guides. He suggested Parashuram for Pattadakal and Aihole and Kalmat for Badami. Their contact numbers are: Parashuram – 94494 15827 and Kalmat – 93417 83106. I called Kalmat and he said he would meet us at cave temples the next day. He also agreed to have the entire day for us, and show us other temples in Badami and museum. He said his fee was Rs 1,500 for the entire day. I felt it was tad bit expensive but did not bargain as I wanted to ensure that mom gets the best tour.

View all posts by Fernweh